For a recipe that comes together quicker than a craving, try this Hard Cider Beer Bread with Berries. Five minutes and a bottle of Angry Orchard is all you need to add a fruity twist to this soft, fluffy bread bursting with fresh raspberries and blueberries.

Let’s just take a minute to savor the season. Not fall, I’m already two months into my pumpkin spice latte celebrations. No, today I’m talking about prime time for hard apple cider season. How everyone doesn’t pick the crisp, sweet taste of hard cider over skunky, yeasty beer is beyond me.

In the early days of the American colonies, when water quality was crap, everybody drank hard cider. Even little kids guzzled it by the gallon. Just imagine all the pint-sized settlers drinking pints of hard cider! Now America runs on Dunkin’, but back then it ran on fruity hooch.

History is cool, but you know what’s even cooler? Dumping a bottle of cider beer into quick bread batter and watching it bubble up like a bong. It’s Kitchen Science 101, fizzy beer serves as a leavening agent in place of yeast. And, let us not forget, also adds all the boozy apple flavor.

At it’s core, this hard cider bread is all about the apples. But since I’m all about fresh berries, they’re getting tossed into the mix too. Packing blueberries and raspberries into the batter makes this soft, fluffy bread berrylicious. Have a buttered slice for breakfast or drown it in a raspberry glaze for a perfect after-dinner dessert.

Either way, it only takes five minutes of your time to prep Hard Cider Beer Bread with Berries. And there’s no wrong time to enjoy a golden-crusted slice.

Preheat oven to 350 degrees. Grease a 9 x 5 loaf pan with butter and set aside.
In a large bowl combine flour, baking powder and salt. Stir to combine.
Add honey and hard apple cider. Stir until just combined.
Toss raspberries and blueberries with 1 tablespoon of flour until coated. Add to batter and very gently fold into the mixture.
Pour batter into prepared loaf pan. Top with pats of butter.
Bake for 50 to 55 minutes or until a toothpick inserted into the center of the loaf comes out clean.
Cool in pan for 10 minutes before removing. Transfer to a wire rack to cool completely while you prepare the raspberry glaze.

In a small saucepan over medium heat, bring water, sugar and raspberries to a boil.
Reduce heat to low and simmer for 10 minutes.
Strain syrup and set aside to cool. Discard mashed raspberries.
In a medium bowl, whisk powdered sugar and 3 tablespoons of raspberry syrup until desired consistency is achieved. If glaze is too thick, add an additional tablespoon of syrup.
Pour glaze over cooled bread loaf. Allow to set for 10 minutes before garnishing with berries.
Cut loaf into slices and enjoy with a drizzle of raspberry syrup. 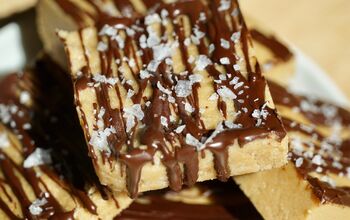 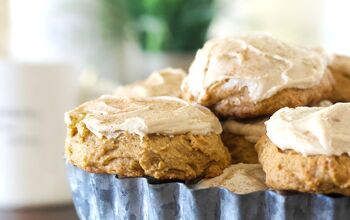 20 Pasta Recipes That the Whole Family Will Love 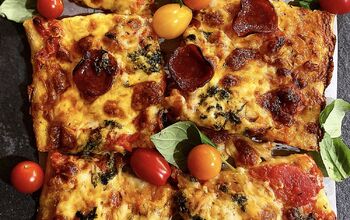 15 Recipes That Will Make Pizza Night Even Better This Week 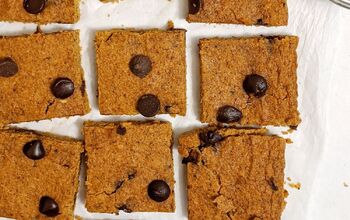 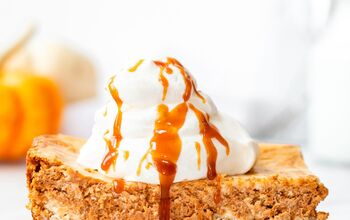 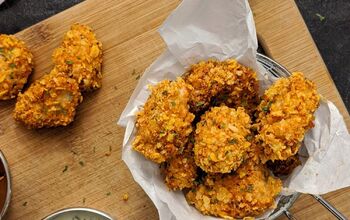 A delicious, cozy cocktail made with rye whiskey, blood orange, basil and warm spices.I was recently...

A fantastic way to elevate your hot dogs is to turn them into Everything Bagel Pretzel Cheese Dogs....

So indulgent, rich and caramelly, no one would ever guess how easy they are to make! A drizzle of...

Can you swoon over a dumpling? Yes – if it’s gyoza. Japan’s signature dumpling, gyoza is an import...

Vegan Creme Brulee?! Yes, you read that right! I present you a recipe for vegan creme brulee that is...

A lentil stew recipe to keep you warm all winter long! This cozy and vegan sun dried tomato lentil...

This rice is my magical recipe to make all the family member get quickly around the dinner table....

Crispy buttery tart crust filled with creamy custard and topped with cranberry jelly and sliced up...

A quick and easy White Chocolate Lava Mug Cake made in a Microwave. This healthy chocolate lava cake...

My mom always tells me that when I was a child my favorite food was shrimp. It was literally one of...

This isn’t your local Tex-mex taco soup, this is our Braised Spanish Pork Soup. I came up with this...

Looking for some new "taco Tuesday" inspiration this week?! Step outside of your taco shell comfort...

January means comfort food, and what is more comforting than a casserole? This one is easy to make...

I am a huge fan of pomegranate, I totally adore the bright ruby red colored seeds. And I love lemons...

These cute and festive Candy Cane Cupcakes are the perfect Christmas or Holiday treat. Topped with...

This pink hot chocolate recipe is perfect for Valentine's Day! It's an easy and simple recipe to...

Frozen Yogurt Bars are a healthy snack the entire family will enjoy. Made with dairy free yogurt,...

Fudge may be a holiday candy staple, but this easy small batch of Cookie Butter Fudge is decadent...

This chicken stuffed with baby broccoli and pesto is going to become your next go to weeknight meal....

One of my favorite food combinations is definitely peanut butter and chocolate. It's been that way...

A delicious and refreshing cocktail. Perfect for a spring brunch, Mother's Day, Bridal Shower, or...

If you like chicken tortilla soup, you are going to love this recipe! This recipe for chicken...

My All-time favorite Protein Mexican Hot Chocolate made with cacao powder and protein powder. This...

When I'm craving something decadent, but still not toooooo bad, then cauliflower mac is the answer!...

This easy Eggplant Chickpea Salad is made with only 2 main ingredients, fresh herbs, spices, and a...

I am officially done making my Christmas cookie boxes! I made very close to 2500 cookies in the...

Learn how to make soft and chewy Chocolate Filled Oatmeal Raisin Cookies made with Brown Butter! It...

Or & Yair | The Epoxy Couple

Take your cookie cake game to the next level with this cowboy cookie cake! Trying to frost layered...

I don’t know about you, but I’m always looking for ways to get more veggies into my kids. Er, and...

Brianna at Bloom in the Black

Simple syrups are a quick and easy way to zhuzh up all kinds of recipes. You can buy most syrups at...